back to search results

The Kermode bear, also known as the spirit bear, is a rare subspecies of the American black bear living in the Central and North Coast regions of British Columbia, Canada. Spirit Bears are a subspecies of a north American Black bear with a rare recessive that makes their fur white or cream.

Spirit bears are not albino. They have pigment in their skin and eyes, which wouldn’t be the case with albinos. Spirit bears have a single mutant gene that causes their unusual coloration.

How may spirit bears are there? No one agrees on the exact number of spirit bears living in this corner of the world, but the best estimate is that the spirit bear population numbers no more than 400 individuals.

Spirit bears are found only in the Great Bear Rainforest, a 6.4 million ha ecosystem on British Columbia’s north and central coast. It is the world’s largest intact temperate rainforest. 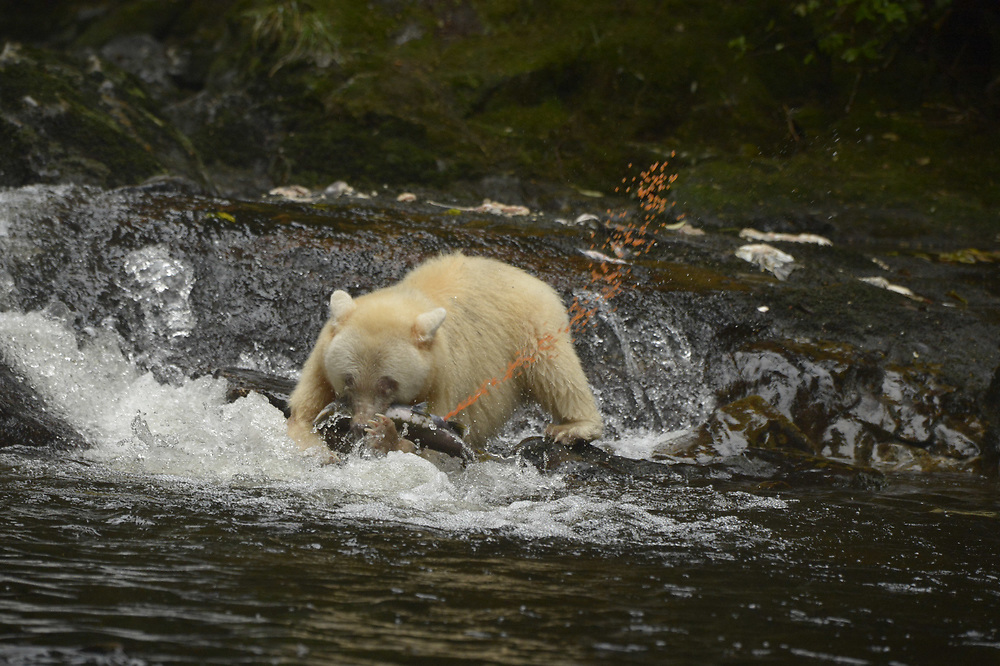